Working initially as an apprentice at the Silvertown Company, Albert developed a way to make a pure-white gutta-percha ball (See below) at a time when the normal ball was a dull grey and hard to find. It was a great success and Penfold was named director of golf ball development and started filing patents but retained the rights for a grid like dimple pattern.

1919. He joined Dunlop and working at Fort Dunlop in Birmingham and within 3 years designed the famous Maxfli ball.

1927 Albert set up his own company - Golf Ball Developments Ltd. and was joined by his son A. E. Penfold junior called Dickie. At Christmas, the Penfold family did not have a penny to their name with the exception of one gold sovereign, which Albert sold to pay for Christmas activities.

1930 The R&A were concerned about new equipment allowing the ball to go too far and making some classic courses obsolete. They put together a specification that would restrict ball flight and gave it to all the ball manufacturers. Penfold aimed to develop a ball to meet these specifications and still outdrive any other ball.

Albert experimented with a variety of shapes, depths and patterns, settling on making balls with the grid like dimple marking he had patented. He also devised a winding technique which permitted very high tension of the rubber thread and unerring accuracy. The trick in winding was to prevent too many loops of the rubber thread crossing at exactly the same point.

“The first test of the Penfold production was held on a Sunday prior to the British Open Championship on a course near St Andrews (1933). When the selected driver hit the first Penfold-designed ball, it carried far beyond the furthermost markers. Other Penfold balls gave identical results. Examination followed the demonstration and the Penfold test ball was found to conform to the letter of the restricting specification.” – Golfdom Magazine

Penfold found the lattice balls fared better in the UK as the ball carried considerably farther in the air. The UK had a damper climate and softer fairways compared to the US which had harder fairways with more run on the ball.  The golf balls were manufactured at the Bromford factory in Bromford Lane, Ward End, Birmingham. Hence the name Bromford on our Penfold Robot. 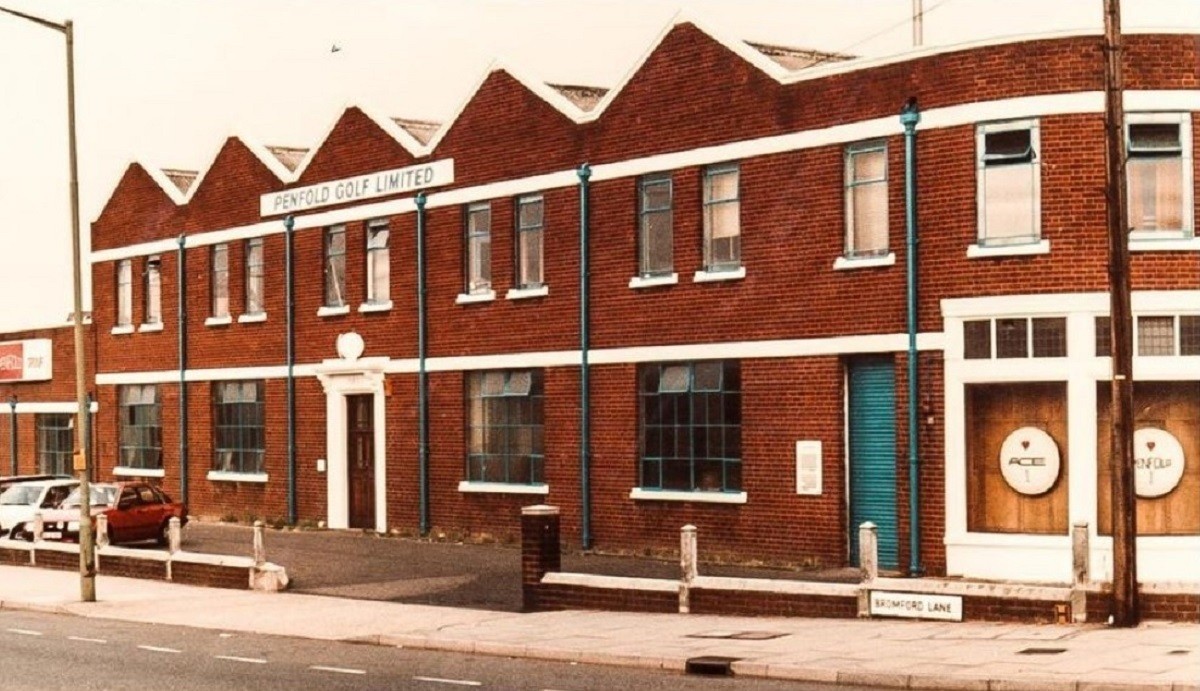 1931 Dunlop sued Albert over his grid like dimple ball design but as Albert held the patent in his own name, they lost.

1933 Albert donated a new, Professional's shop, detached from the main clubhouse, and for two years prototype Penfold balls were manufactured in the back of the shop with Ladbrook Park a convenient testing ground on his doorstep. Dickie was appointed Sales Director

1934 A June 1934 feature in Golf Illustrated titled “A Golf Ball Scientist” described Albert Penfold as an engineer “dedicated to the perfection of the modern golf ball” and a “hearty, tweedy Britisher with an outdoor complexion and a cheery manner.”

1935 Albert had set up his own manufacturing plant in Brooklyn USA making him the first golf ball manufacturer to have factories in both countries.

To advertise his products Penfold had figures made of, first, Bromford Man, and then Penfold Man. Our Penfold man is located in the Club’s memorabilia cabinet in the lounge. 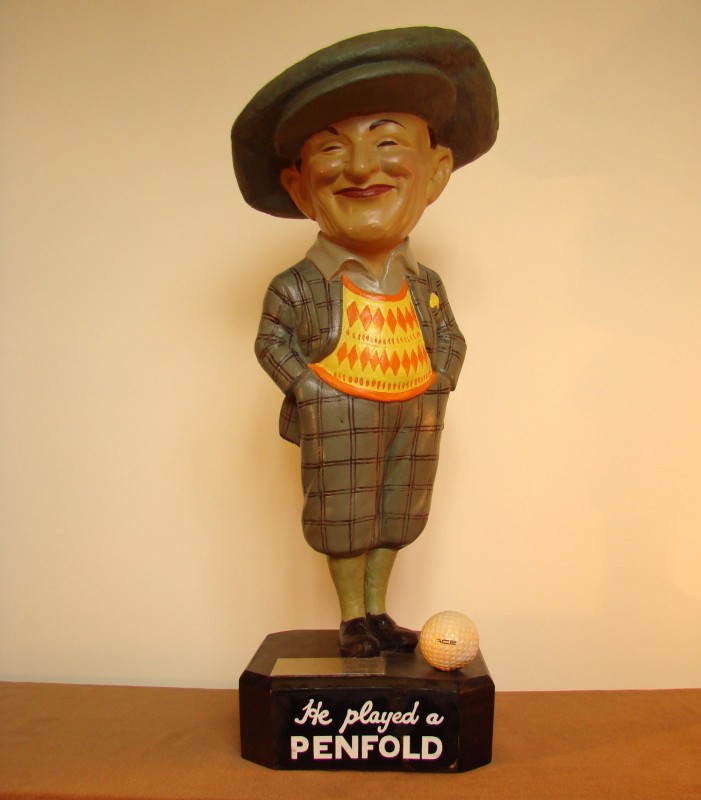 1938 Penfold put up £5,000 in prize money for the Penfold Professional Golf League, a 12-player round-robin tournament. Percy Alliss (father of Peter Alliss and grandfather of our past pro Gary Alliss) won the first event and Sir Henry Cotton won a year later.

1939 Albert had also foreseen future developments and had patented an American sized ball.  He was firmly against their introduction in England and later his son Dickie explained that even the American players found the 1.68 inch American ball harder to play with over here. Nevertheless in 1982 they became compulsory for all R & A competitions and in 1990 for all golfers. One reason was that the American manufacturers were firmly against refitting their machinery to make the 1.62 inch size ball. Even so, the weight remained 1.62 ounces. 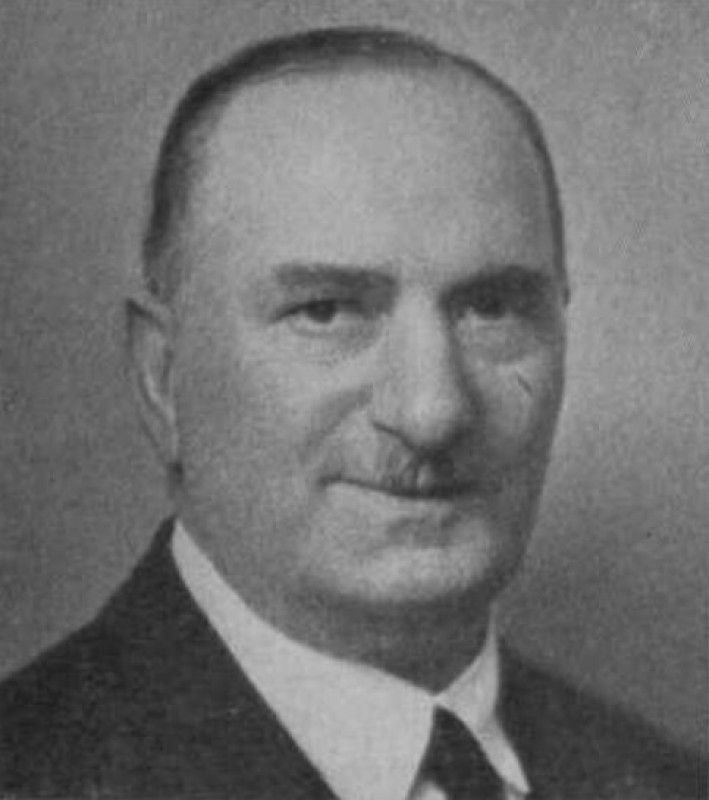 1941 On 17-Feb, Albert Penfold was lost at sea when returning from America. He was one of nine passengers aboard the Prince Line cargo ship Siamese Prince, which was torpedoed by a German submarine off the coast of Ireland. All aboard perished. His son also A. E. Penfold, known as “Dickie” took over the firm at the age of 30. 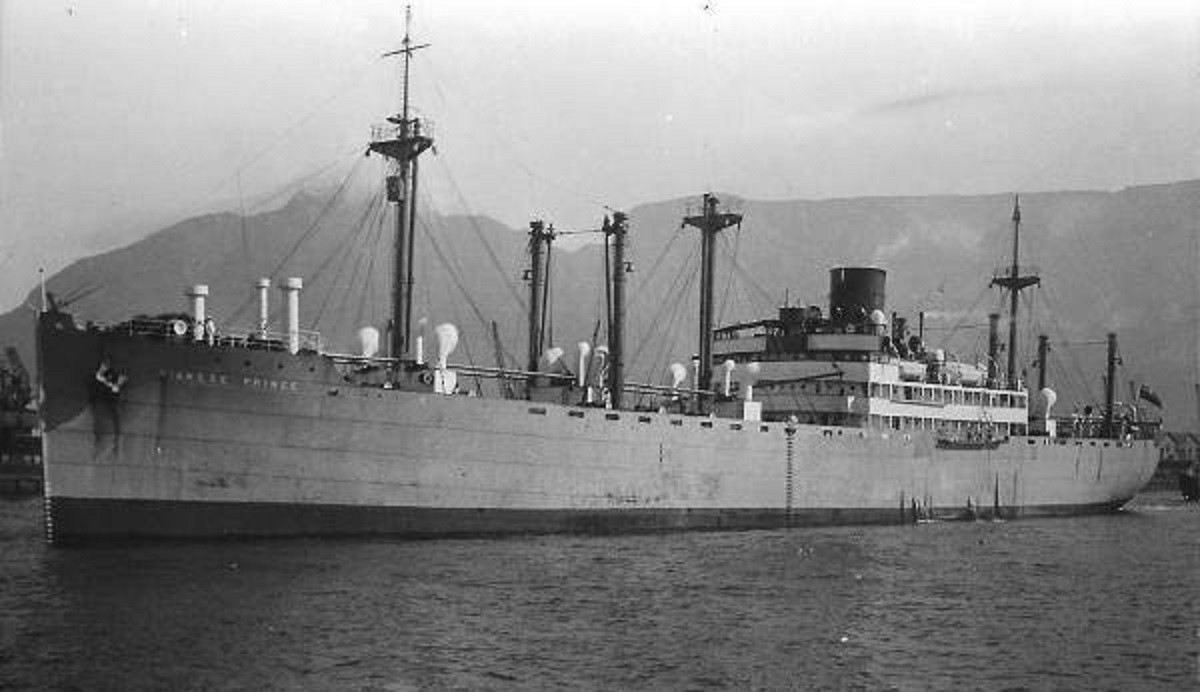 Like most manufacturers, Penfold had spent the previous year helping the war effort. In the months following his death, both the UK and the US factories restricted manufacturing of any non-essential rubber products. A further setback occurred the same year when much of the Bromford factory and machinery was destroyed by enemy bombing.

1945 After the war Dickie chose to close the US factory and ship the machinery back to Birmingham to replace that destroyed in the bombing.

Dickie proved to be his father equal in developing golf balls. Dickie also developed a golf ball-testing machine, which was kept at the Club by the 18th tee and paid the Club a rental for housing it.  The Penfold Robot was used to hit balls down the 18th fairway and the spread pattern measured from a very consistent swing!

Dickie also took a version of the robot around the midlands to important tournaments and demonstrated the flight of the ball using pristine, used and damaged balls. 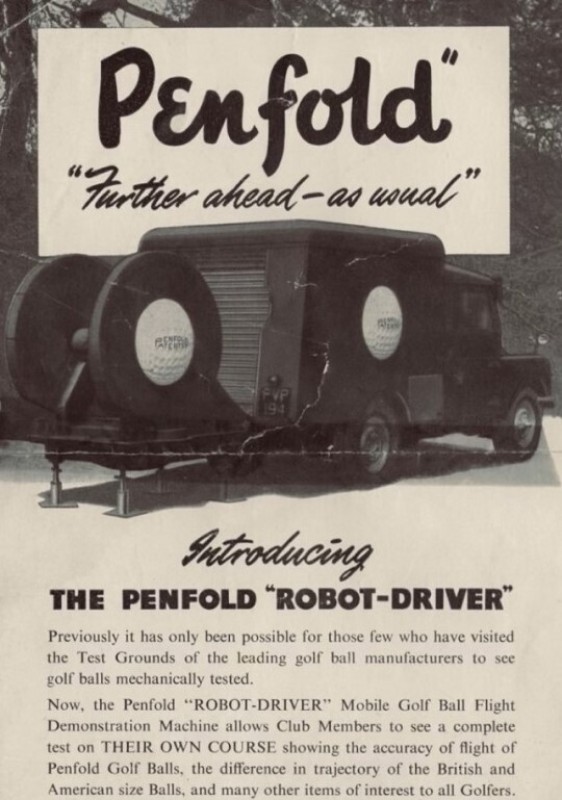 Many celebrated golfers, such as Dai Rees, played the Penfold balls for most of their careers. Some of our oldest Members may even remember the distinctive hearts, clubs, diamonds and spades markings on the Penfold Ace.

1949 Dickie Penfold provided tankards to winners of the Penfold Cup over the past seven years when replicas were unobtainable due to the war. In this time, cup winners received smaller replicas of the cups or momentos like tankards to keep.

1955 The Penfold RF-126, a round dimple ball was introduced. Two years later it was endorsed by Sir Henry Cotton, “Only the best is good enough for me...and you.”

1959 Dickie Penfold donated a new hut for the storage of greenkeeper’s equipment at Ladbrook Park. 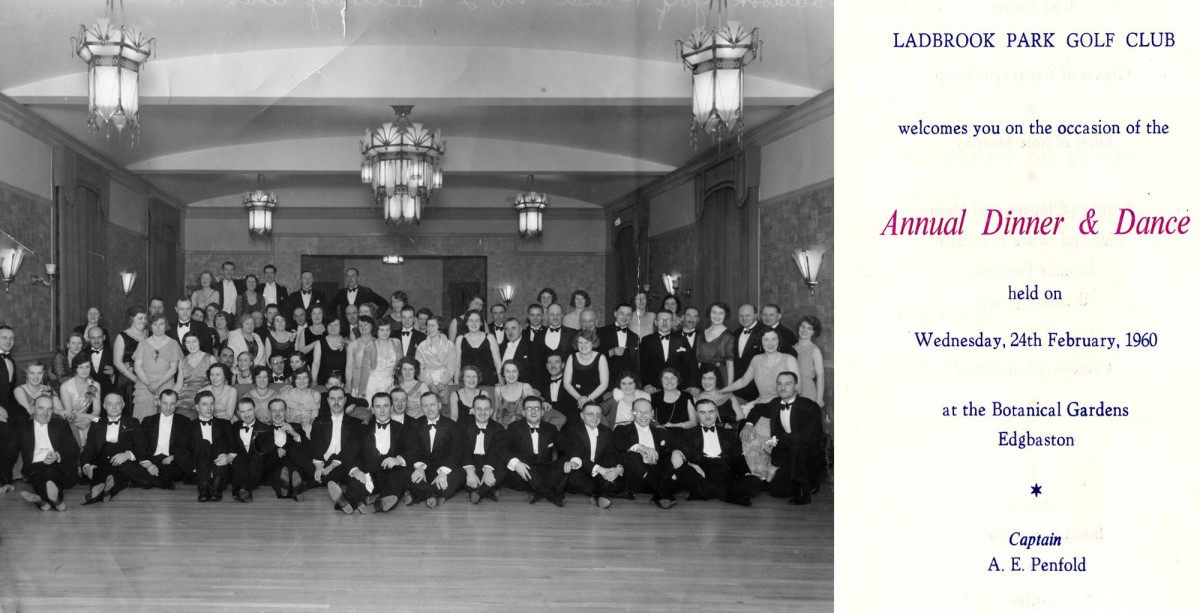 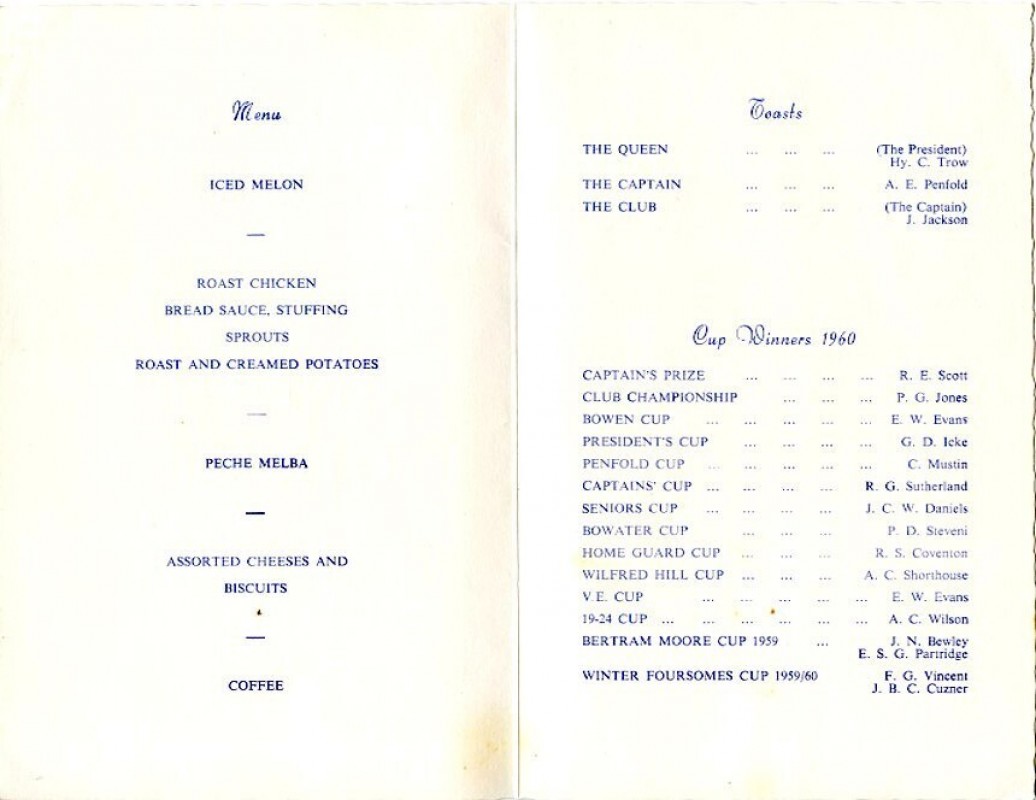 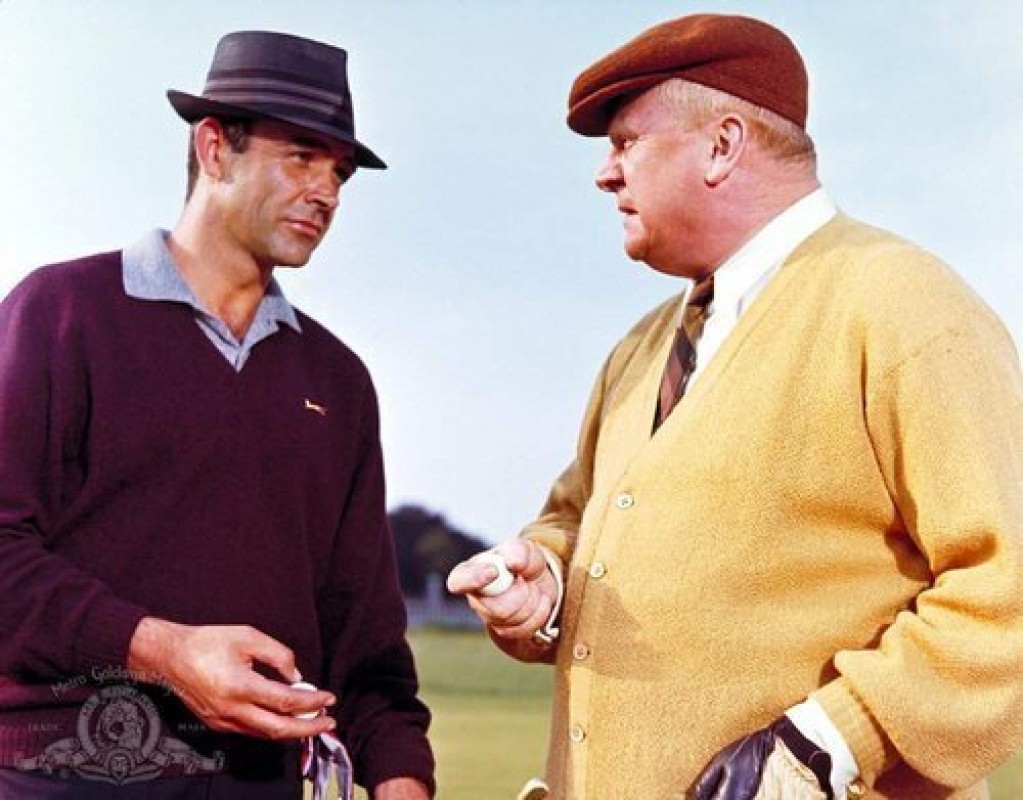 1964 Penfold featured in the famous golf ball swapping incident in the James Bond film Goldfinger. At the final hole of his match with villain Auric Goldfinger at Stoke Park Golf Club, Bond quoted “Here’s my Penfold Hearts” - from that moment forward Penfold were selling like hot cakes! 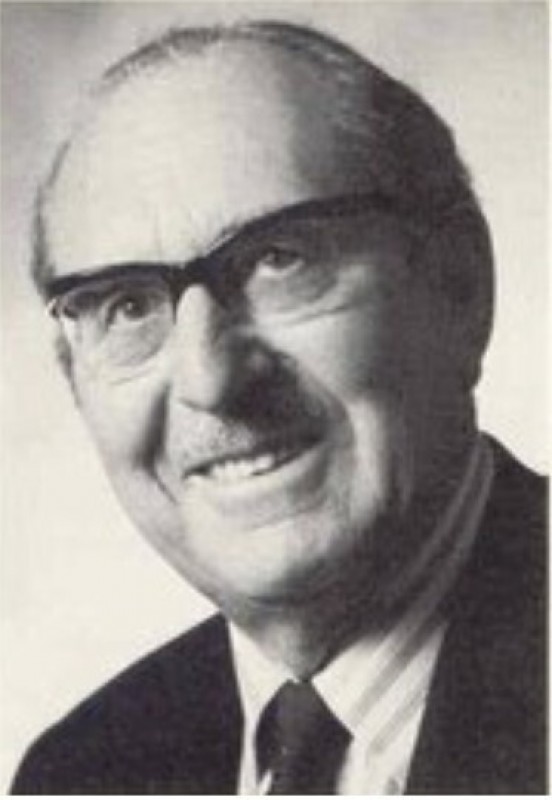 1975 Dickie sold the company to the Colgate Palmolive group, which then expanded to include the manufacture of clubs and clothing. They spent a huge amount of money promoting tournaments with the Penfold name prominent such as the Penfold PGA Championship. Dickie retired at this time.

1975 Gary Player visited the Club to test a new golf ball and compete with the Penfold driving machine as he was contracted to play the Penfold Ace. In order to encourage the Juniors Gary Player authorised the purchase of the "Gary Player Cup", to be played for annually. 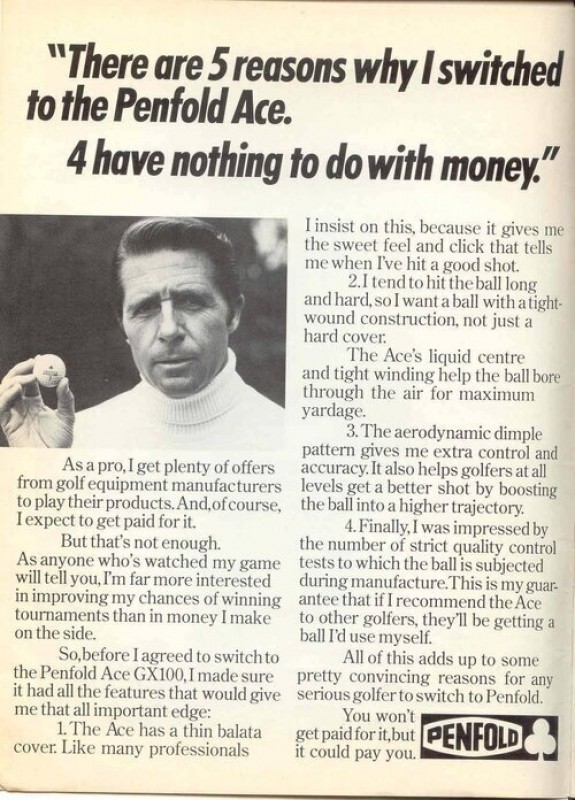 1978 Nick Faldo won his first competition playing Penfold GX100 at the Colgate PGA Championship at Royal Birkdale. Nick Faldo also visited the club to test Penfold balls alongside the robot. We think this was the last time that Penfold ever used to test golf balls. 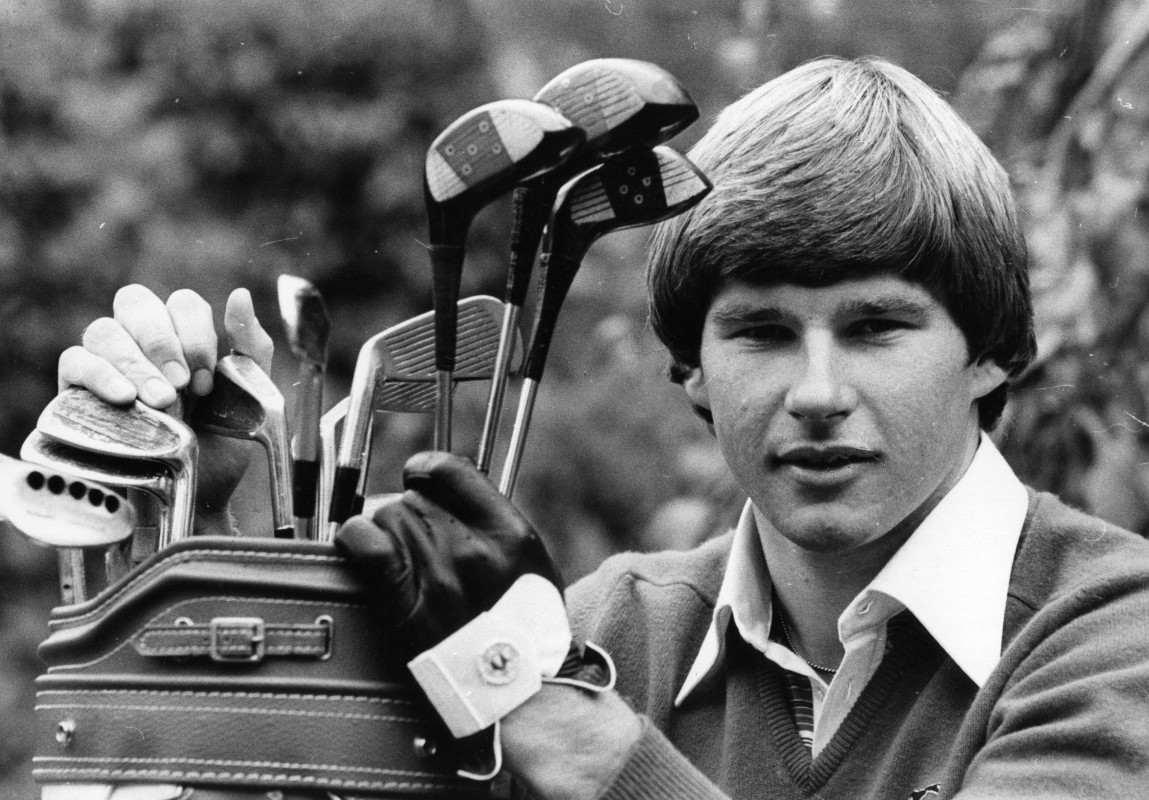 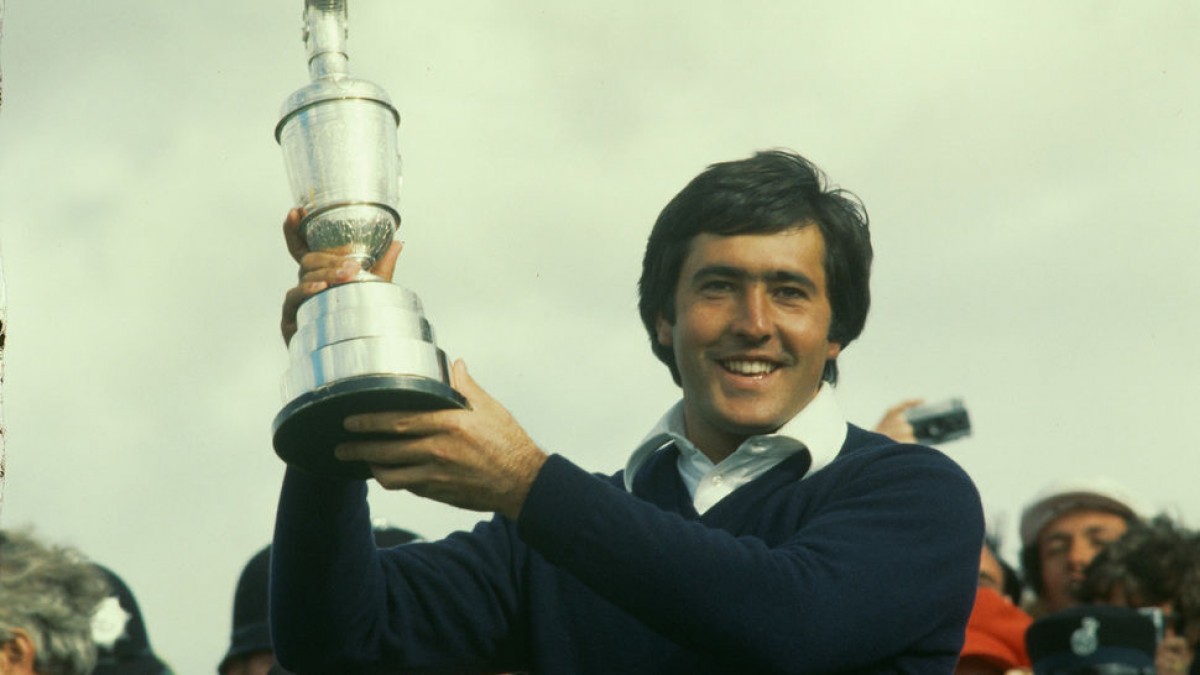 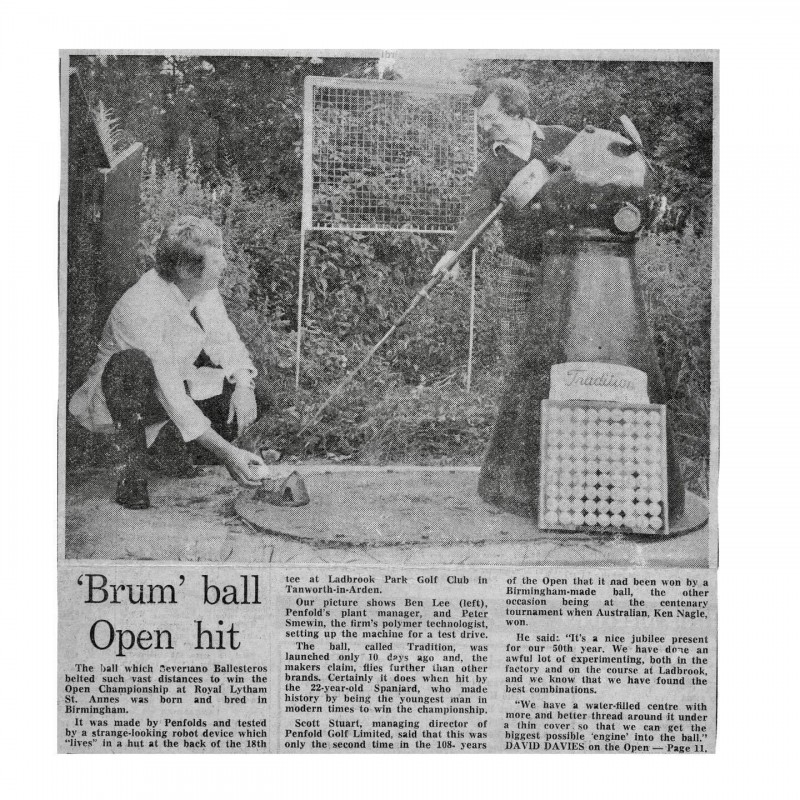 1980 Still loss making after six years the Colgate group divested itself of its sporting goods acquisitions and sold the golf ball business to Faulkner Sports.

1982 Faulkner Sports was not successful and the firm was put into receivership selling it to a group of Penfold factory managers. The company continued manufacturing golf balls at Bromford Lane up until the late 1990s and became an iconic brand. Production was then relocated to South Korea while the company's headquarters has moved to Binley, Coventry.

As it was discovered in the 1990’s that the new owners had not paid the rent for ten years to Ladbrook Park, the Penfold Robot was presented to the Club and languished for many years beside the 18th tee. 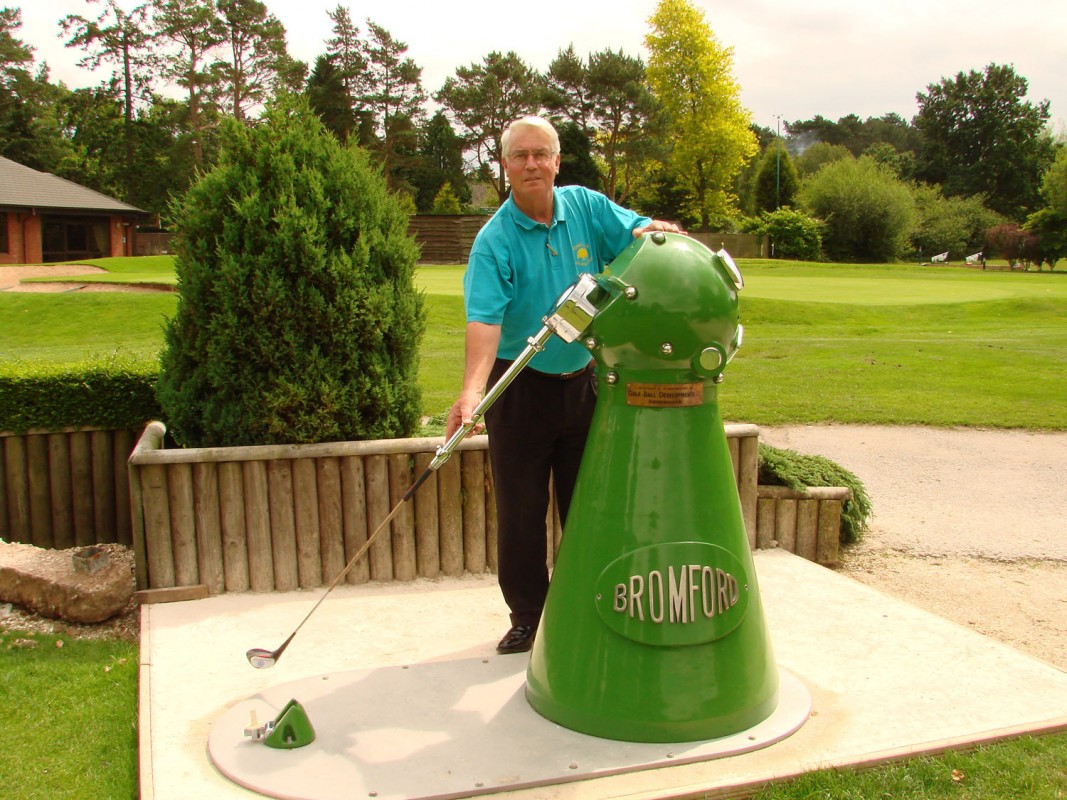 2005 The Penfold Robot was restored by Harris Watson Holdings Ltd. after discussions with Jeff Hemming, the Club Captain and relocated beside the 1st tee.